Eliza Kubarska’s “The Wall of Shadows” selected for the main competition of Toronto’s Hot Docs!

“The Wall of Shadows” (“Ściana cieni”) – Eliza Kubarska and Monika Braid’s latest film – will compete for the main prize at the biggest documentary film festival in North America – the Hot Docs in Toronto! The film was selected for the main competition (International Spectrum) as one of ten titles out over three thousand submissions.

This will be the film’s world premiere. Due to the COVID-19 pandemic, the Hot Docs festival hasn’t yet made the final decision whether the entirety of this year’s edition will be streamed online, or if some screenings will take place in cinemas. However, the rules of the competitions and Doc Shop market – where accredited guests from the film industry will be able to see “Ściana cieni” online between 30 April and 31 May 2020 – remain the same.

The Polish premiere of “Ściana cieni” will take place during the 17th Millennium Docs Against Gravity, which will take place between 4 and 13 September in six Polish cities: Warsaw, Wrocław, Gdynia, Katowice, Poznań, and Bydgoszcz. The film will compete for the Millenium Bank Prize in the Main Competition.

Here’s the premiere of the film poster: 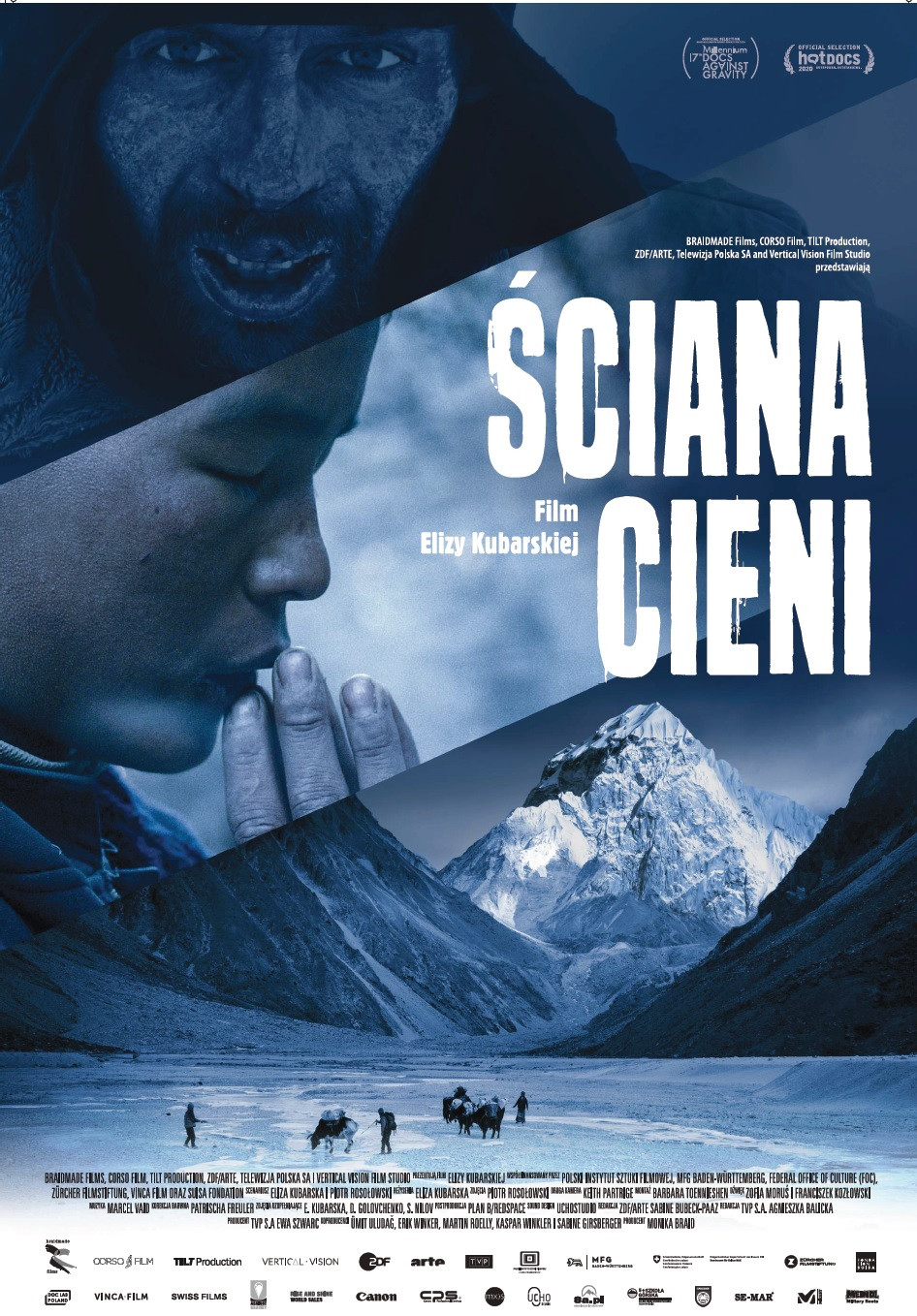 What the Film Is About

It is a universal story about a clash of cultures. It takes place at the foot of a Himalayan mountain, the nearly 8000m tall Kumbhakarna, also known as Jannu. For Western mountaineers, it is one of the most difficult peaks in the world, and a dream “conquest”. For Nepalese sherpas, Kumbhakarna is one of the last holy mountains. According to local beliefs, its summit is the home of gods and is not meant to be visited by humans. However, illiterate Nada decides to join the expedition. He has spent the last 20 years risking his life as a mountain carrier, helping others climb eight-thousanders. Now he wants to make enough money to send his youngest, teenaged son Dawa to school, and thus save him from the dangerous life of a Himalayan carrier. But by participating in this expedition, he is breaking a taboo.

The people aiming to climb the virgin west face of Kumbhakarna are the great Polish mountaineer Marcin Tomaszewski, and two-time winners of the Oscar of mountaineering (the Piolet d’Or) Dmitry Golovchenko and Sergey Nilov from Russia. Deteriorating weather and dangerous avalanches are but the first of mounting difficulties. Is the risk worth it? Will the gods of Kumbhakarna forgive the mountaineers’ hubris?

A Dangerous Expedition to Make a Film

The climb turned out to be so ambitious (and risky) that it was followed by media from around the world. When more than two weeks had passed, and the mountaineers – who had only taken modest food supplies – still weren’t coming down, people started considering mounting a rescue mission. The film’s director, Eliza Kubarska, who was in radio contact with the climbers, was the only mountaineer at a base seven days’ march from civilization. When the exhausted climbers began their complicated descent into a different valley, Eliza, along with sound engineer Zofia Moruś and a young sherpa, set out across the dangerous glacier to help them.

More about the expedition in the link below: 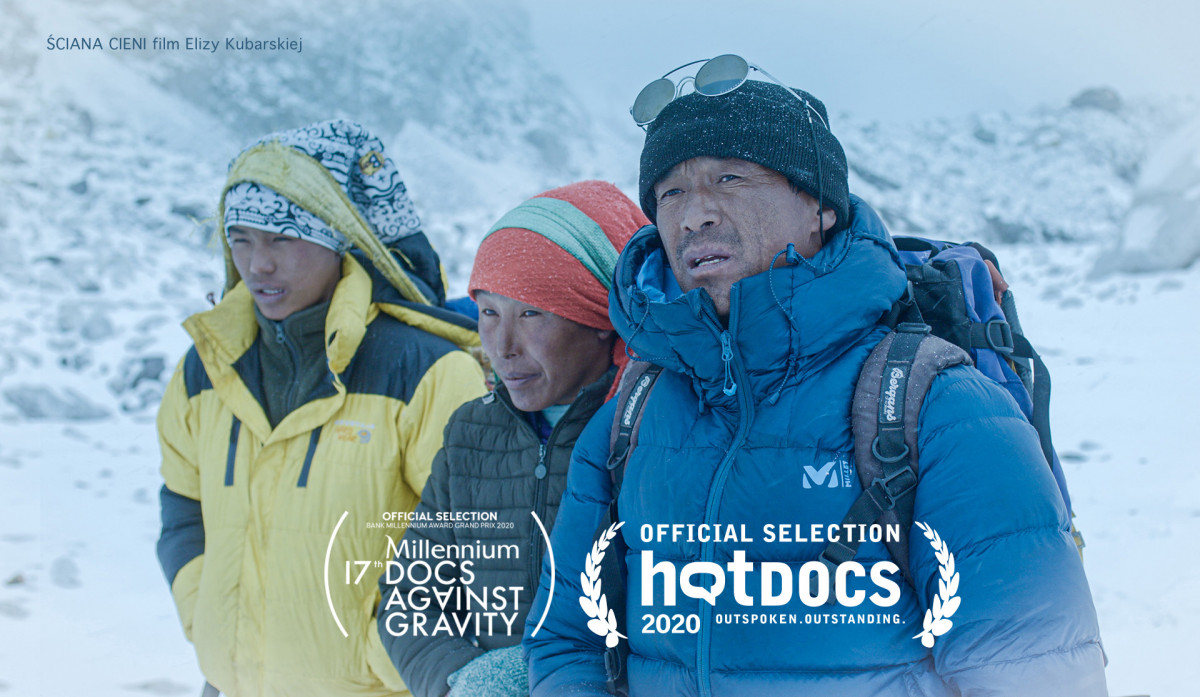 “Ściana cieni” is the third film from the female duo of director Eliza Kubarska and producer Monika Braid. Their first production was “Walking Under Water” shot at sea and underwater near Borneo. The film received numerous awards at film festivals around the world, including Hot Docs, in Los Angeles, Palm Springs, at Millennium Docs Against Gravity, Gran Paradiso, and the GreenMe Global Festival in Italy. Their next film, “K2. Touching the Sky” was shot in Karakorum at the foot of K2, has received over a dozen international award, and is one of the most acclaimed Polish mountaineering films in history. 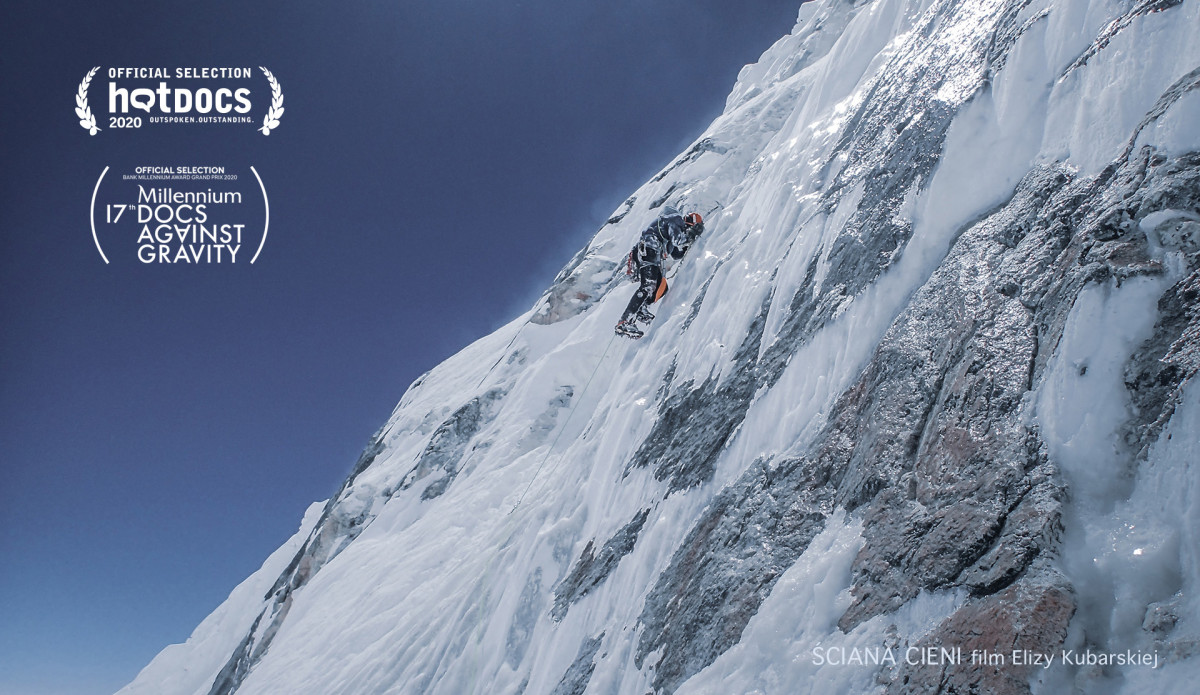 “Ściana cieni” was a Polish-German-Swiss co-production. It was shot by Piotr Rosołowski, an acclaimed director, screenwriter and cinematographer (“Rabbit a la Berlin”, “Domino Effect”, “The Prince and the Dybbuk”), who also co-write the script. Franciszek Kozłowski and Zofia Moruś were responsible for the sound. Additional cinematography was provided by Keith Partridge from Great Britain, one of the best in the field of extreme cinematography, and the mountaineers themselves. The film was edited by Barbara Toennieshen from Germany, and the music was composed by Marcel Vaid from Switzerland. 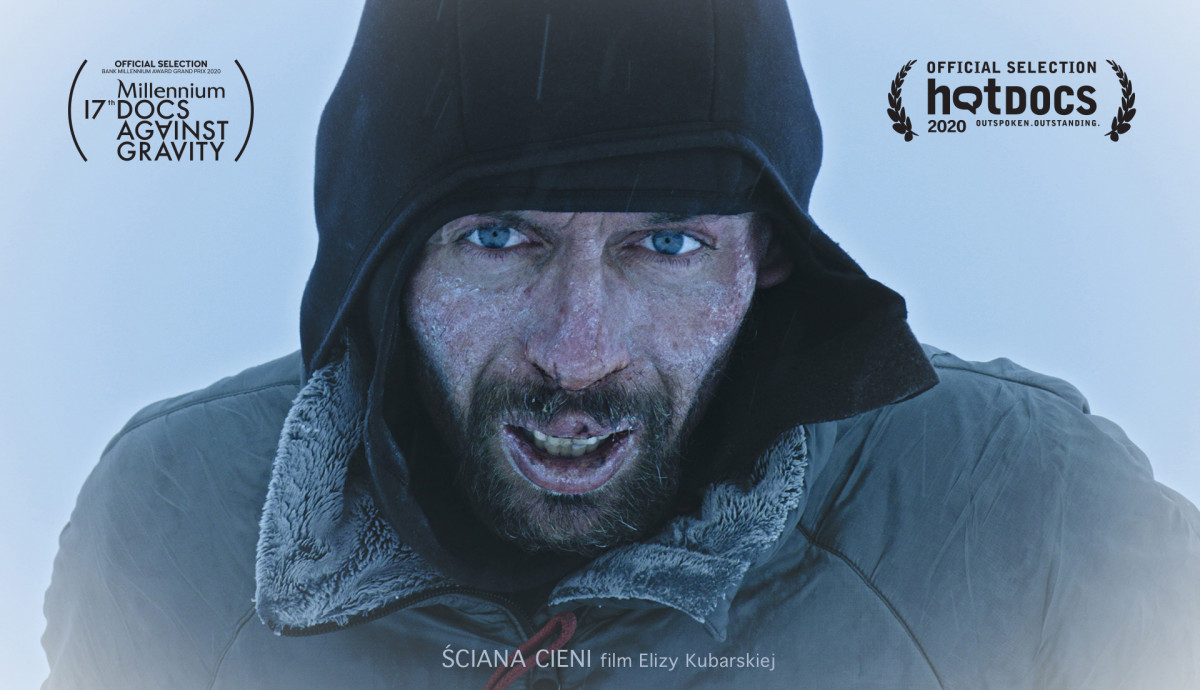