Over 134 000 people participated in the 18th edition of Millennium Docs Against Gravity!

This was the second time that Millennium Docs Against Gravity Film Festival assumed a hybrid form: after the cinema section, which had taken place in seven Polish cities (Warsaw, Wrocław, Gdynia, Poznań, Katowice, Lublin, and Bydgoszcz) on September 3-12, the online section went live on mdag.pl from September 16 to October 3. The two sections attracted an impressive total of 134 006 attendees. 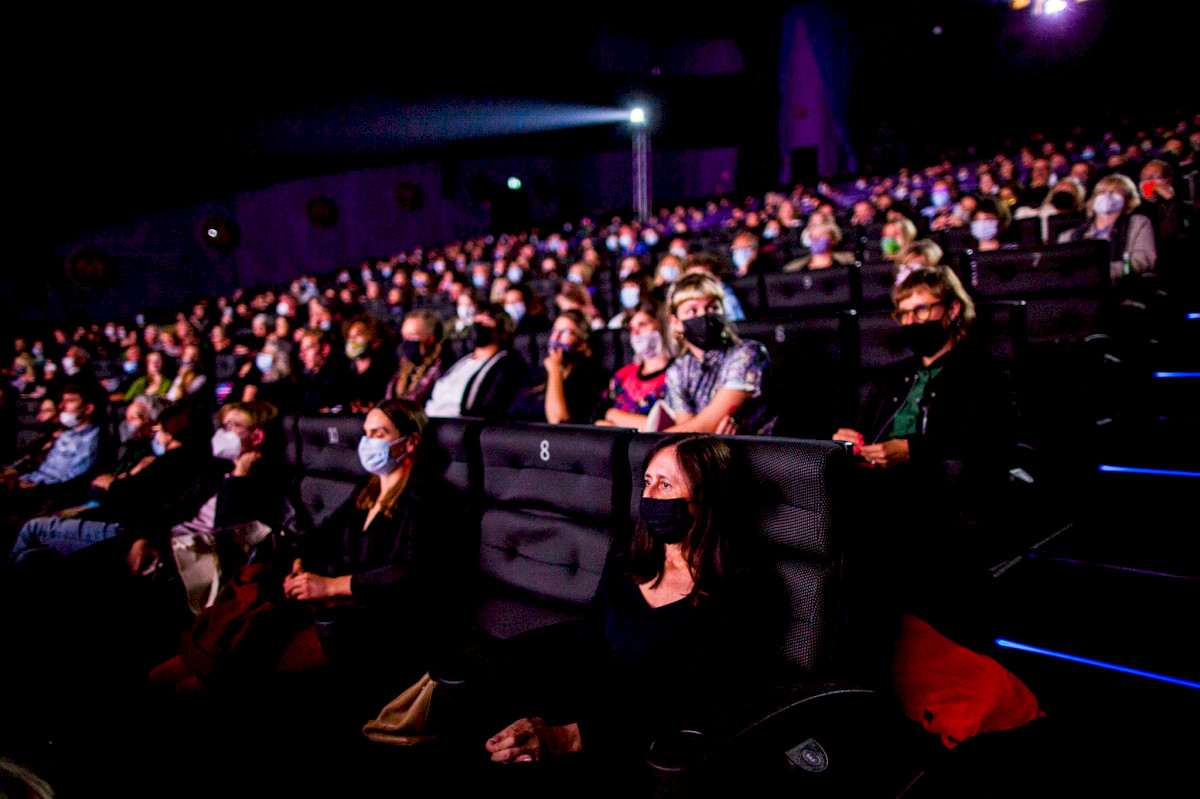 Artur Liebhart, the festival’s founder and director, is extremely grateful to the Titular Patron of the festival—Millennium Bank, the festival cinemas, our attendees, all collaborators, media partners, and volunteers for contributing to this tremendous event: “I would like to thank the Titular Patron of our Festival, Millennium Bank, for their trust and steady support of the development of our festival over the past 16 years. The increase in funding for the festival from the Polish Film Institute, announced on the opening day of this year’s edition, lets us hope for further development and improved international recognition of Millennium Docs Against Gravity. We’re already busy working on the 2022 edition of the festival.”

The cinema section, taking place in seven cities (for the tenth time in Wrocław!), attracted 65 295 attendees. Viewership numbers of the online section add up to 40 418 e-tickets. Assuming that most people don’t watch movies alone, our online audience must have been larger: international festivals multiply online viewership numbers by 1.7. Therefore, our online edition reached a total of 68 711 people. The total number of attendees of the 18th edition of our festival, which ended last Sunday, is 134 006.

The online edition of the 18th Millennium Docs Against Gravity Film Festival featured a number of discussions and debates, both live-streamed and recorded specifically for this event. These 13 outstanding meetings with experts allowed our audience to broaden their knowledge of the subjects covered in films and were prepared in collaboration with numerous partners, media and NGOs alike. The virtual meetings on social media attracted 13 724 people, significantly increasing the reach of film culture and knowledge among fans of quality documentary cinema! 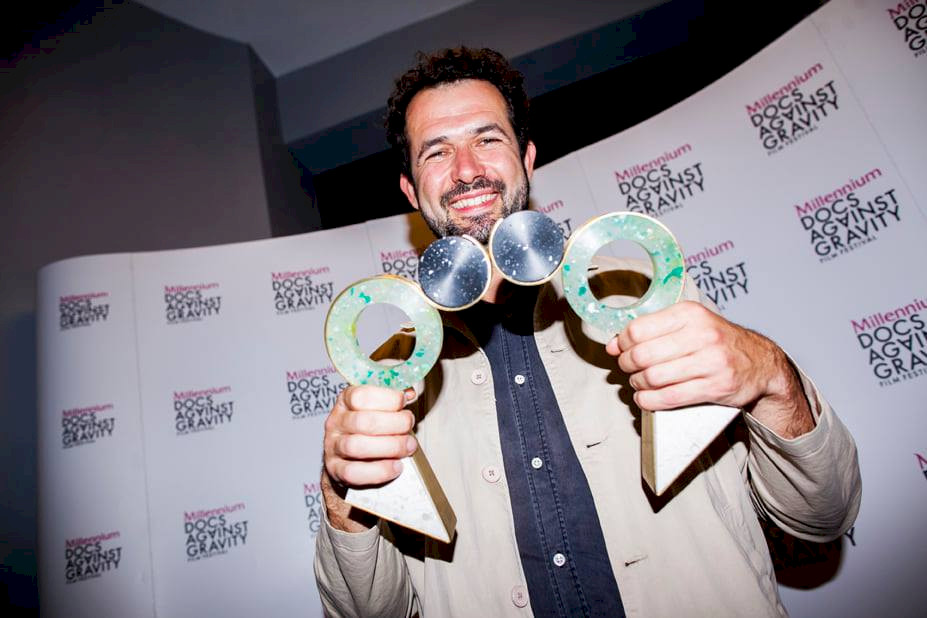 It turns out that the main subjects of the 18th edition of Millennium Docs Against Gravity were human rights, psychology, and the search for humanity’s place in the natural environment. 20 film awards were bestowed, including the Grand Prix – Millennium Bank Award for Jonas Poher Rasmussen’s Flee. Against Gravity will distribute the film in Polish cinemas in early 2022. Festival cities granted their own local awards in the Main Competition: Lower Silesia Grand Prix in Wrocław, President of Gdynia Award, City of Poznań Freedom Award, Audience Award of the Silesian Voivodeship in Katowice, and Bydgoszcz Art.Doc Award.

We already know the dates of the next edition of Millennium Docs Against Gravity: the cinema section will take place May 13-22 and the online section will start on May 24 and run until June 5, 2022. The organizers are incredibly pleased to announce that Łódź will join the ranks of our festival cities next year thanks to our collaboration with the Leon Schiller National Film School. 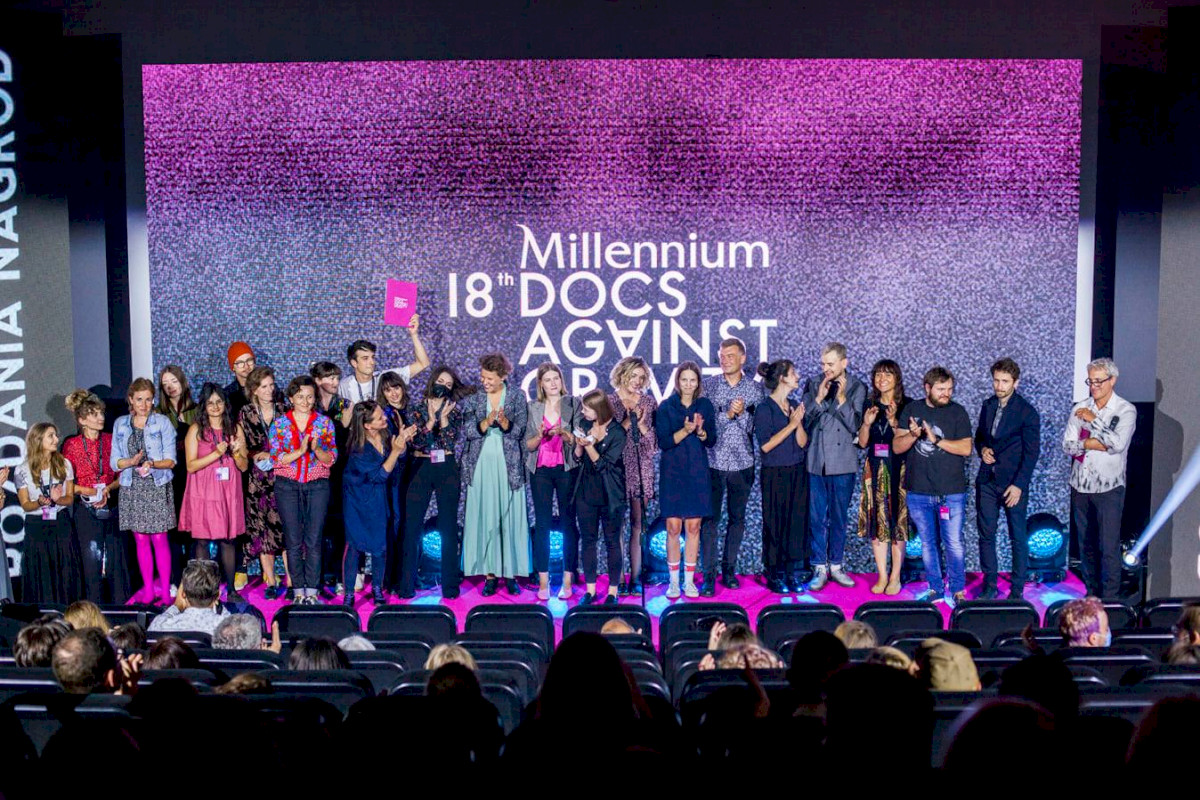