This year's opening film is a moving and visually spectacular story of a struggle for survival - TERRITORY by Alex Pritz. In the Brazilian Amazon, the Uru-eu-wau-wau people have to face settlers, farmers and miners who slowly encroach on their territory. Violence begets violence, as the documentary thriller looks at the increasingly vicious fight between the two sides, with people's lives and the future of a vital area of the planet at stake. The guests at the opening of the 19th Millennium Docs Against Gravity will be the film's director nad producer  – Alex Pritz and Sigrid Dyekjaer – and second producer Darren Aronofsky will join Q&A session online.

By opening the festival with a film about the environment, we invite the audience to explore other titles featured in this year's Climate for Change section or competing for the Green Warsaw Award. These films encapsulate the knowledge about the current state of the planet as well as inspire hope by exploring scientific strategies for a changing world. 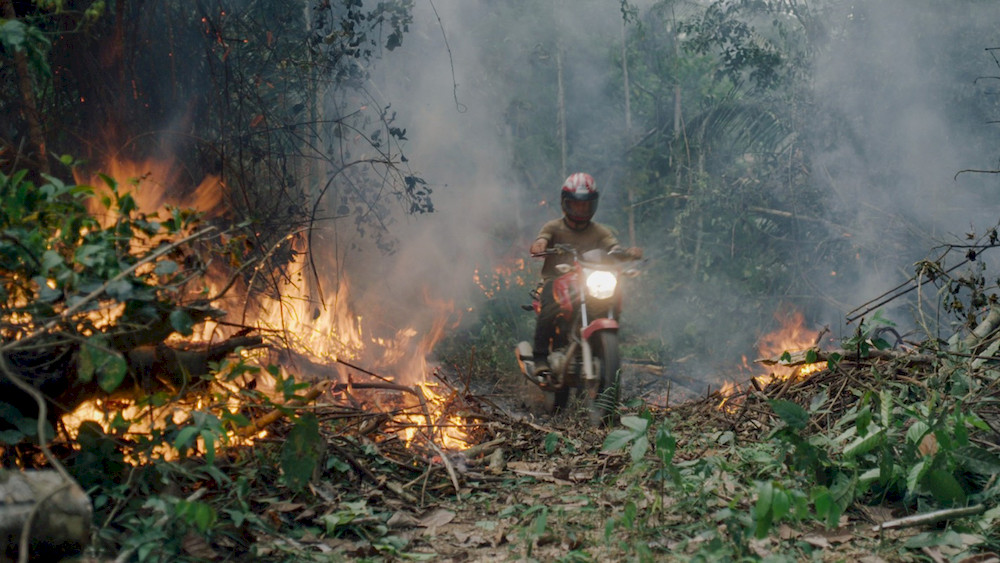 The story of the Uru-eu-wau-wau — a group of just 183 Indigenous people defending an area of native rainforest spanning nearly 7,000 square kilometers in the Amazonian state of Rondônia — first came to my attention in 2018 when I met environmental activist, Neidinha Bandeira. Through Neidnha, the story grew to include Bitaté, the young leader of the Uru-eu-wau-wau, as well as Sergio and Martins, both settlers who wanted to claim land within the protected Indigenous territory. Over the past four years, we have encountered joy and pain in equal measures while building a film that seeks to understand the forces driving the destruction of this magnificent ecosystem and the violence against its protectors. This was a difficult film to make, but for all the reasons it has challenged me as a director, I know it will similarly challenge our audiences.

As a filmmaker, I am deeply committed to understanding more about our relationship with the natural world and empowering others to use film as a way to explore these questions themselves. When Neidinha introduced me to the Uru-eu-wau-wau, I knew the conventional filmmaker-subject relationship wouldn’t be appropriate for this film. First, I have no lived experience with an Indigenous identity. Second, long-form documentary filmmaking was a foreign concept for most of the community: many of the elders had never seen a feature film before. At the same time, the younger generation had a genuine interest in media and technology. I was moved by the Uru-eu-wau-wau and their fierce resistance but realized I had to rethink my understanding of informed consent if we were to work together in telling this story.

Ultimately this film is about much more than the Uru-eu-wau-wau or the Brazilian Amazon; it is a story about resistance, conquest and the power of narrative. It is the story of our species, our planet and our collective possibility of a livable future.