We present the trailer for the 19th Millennium Docs Against Gravity!

The trailer for this year’s edition of the biggest Polish film festival has premiered today on the official Millennium Docs Against Gravity YouTube channel. Its author, for the seventh time, is Dorota Proba – director and documentary film editor, a graduate of the Wajda School and the Faculty of Stage Design at the Academy of Fine Arts in Warsaw.

Films featured in the trailer for the 19th MDAG

In her festival trailers, Dorota Proba has developed a unique style that every year captures the hearts of the audience and sparks their curiosity for the festival films. This year's trailer features fragments of the films selected for the Main Competition, such as Fire of Love, The Territory, Cow, Angels of Sinjar and Skál. Dorota has decided to play with the hot/cold combination, showing us both the burning Amazon forests (The Territory) on one hand and a wandering polar bear (Nuisance Bear) or icy landscapes (River and Into the Ice) on another, only to go back to a dancer performing his choreography in the desert (The Art of Silence). The dance theme is also present in other excerpts, like those from the film Calendar Girls, featuring the senior cheerleaders from Florida. We also recognise the familiar faces of Susan Sontag (Regarding Susan Sontag), the Dalai Lama and Desmond Tutu (Mission: Joy - Finding Happiness in Troubled Times), Sinead O'Connor (Nothing Compares) and Alexei Navalny (Navalny). Some faces are covered with masks, like in the scenes from the film McCurry: The Pursuit of Colour, or the one of Marcel Marceau (The Art of Silence). Although the protagonist of Girl Gang does not wear a mask, she still plays the role of a teenage influencer in front of the camera. Roman Stańczak does not hold back his horses – we watch him create a controversial aeroplane sculpture for the Polish pavilion at the Venice Biennale. The protagonists of Hanging On are hovering in the air and they don’t need any planes for that… Meanwhile, the participants of a hallucinogenic experiment in the film Descending the Mountain are under the influence of psychedelics. As you can see, the trailer's protagonists as usual go against gravity! We invite you to identify other film fragments in the trailer – it is one of our audience's favourite activities! The track used in the trailer is, as always, "Give It Up" – a collaboration between Israeli musician Kutiman and American YouTuber Princess Shaw. 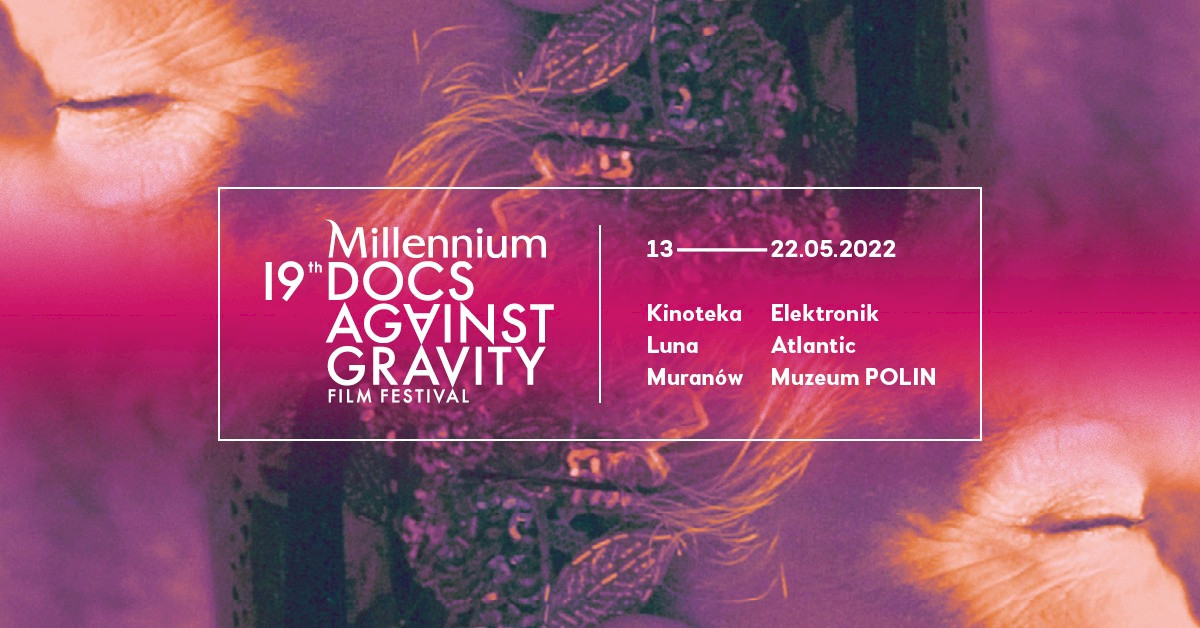 Join our Facebook event this year, where contests, updates and important announcements will be waiting for you!