The festival is on all year round! A look at the Against Gravity film cycles

May is particularly important for us because that is when we get to meet you during our festival screenings. However we continue to work throughout the year, organizing film cycles to promote education and important social issues. They appear in various cities, giving a wide audience the opportunity to see festival (and not just festival) hits.

There Is No Planet B

We’ve been talking about climate change since 2004, and in 2008 we started giving out the Green Warsaw Award. Ten years ago, we have created the special film section “Climate for Change” which showcases films that deal with ecology in the broad sense of the word. Therefore, it seemed only natural for us to try and support the efforts of young people who are anxious about the world they will inherit. This is why we have created a new cycle, simultaneously in two cities – Warsaw and Gdańsk. We watch the biggest documentary titles from the Millennium Docs Against Gravity festival, talk, get involved, debate, and create a manifesto of real actions together with our partners: WWF Polska, Nauka o klimacie, NOIZZ.pl, Extinction Rebellion, Młodzieżowy Strajk Klimatyczny. 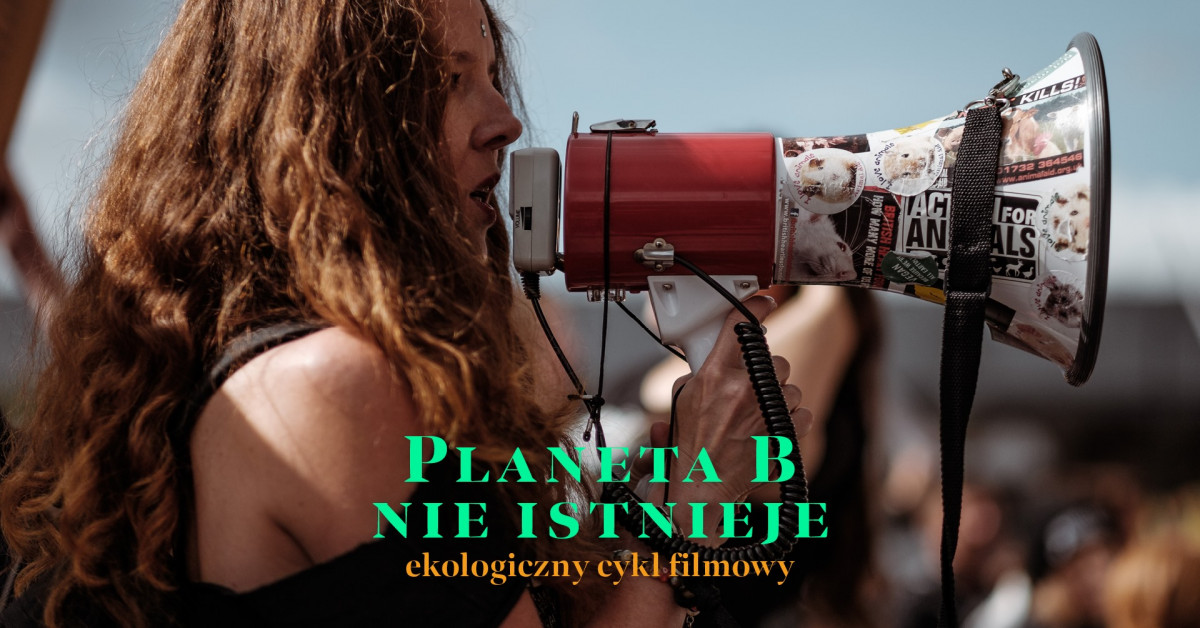 Filmotherapy with “Sense” is a cycle that is already four years old! During our psychological encounters with documentary films, we have conducted over 50 debates with the participation of over 4.5 thousand audience members across several cities. People go to the movies to experience emotions, but they also bring their own emotions with them – how do we combine these two worlds? Over the course of seven monthly meetings, we will talk about the fundamental issues that allow us to properly function in this world, such as: love, passion, loneliness, change. The starting points for our debates are going to be documentary films from the Millennium Docs Against Gravity festival which put human life in focus. After the screenings, we will conduct a debate with our guests (psychologists and therapists) during which we will talk about and confront our emotions and worldviews. The main aim of this cycle is to show how we can use films as a tool for working on our emotions.

The Cinema for Humans film cycle is organized in cooperation with Amnesty International Polska and barStudio. It showcases films related to human rights. The cycle consists of seven awarded films that deal with the issue of human rights. During the second edition of the cycle, which will launch in mid-October 2019, we will show films on women’s rights and climate change, as well as on other topics. The program includes titles such as “The Brink” (dir. Alison Klayman) and “Female Pleasure” (dir. Barbara Miller). 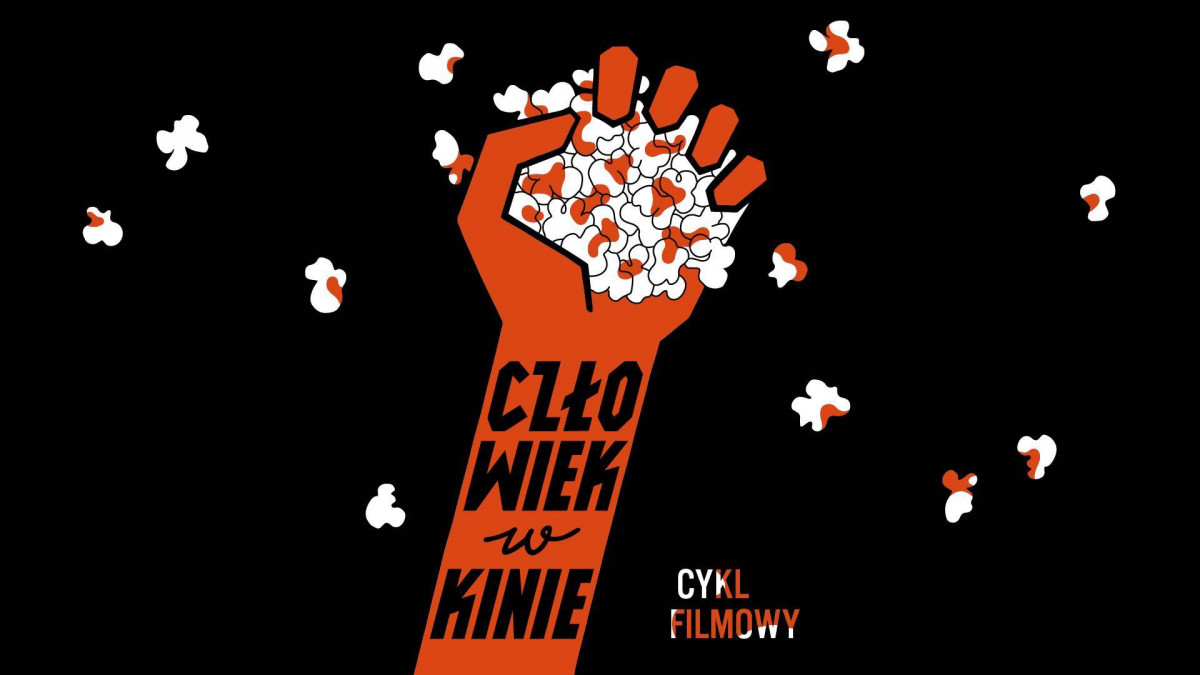 Documentary Academy is the only Polish education program exclusively based on documentary films. We want to familiarize our audiences with documentary films, which are incredibly popular around the world. The program is being run in elementary schools, middle schools, high schools, and universities. Out of our rich festival offer, we have selected films that open young people’s eyes to various issues and tie into the new school curriculum. This year, we are organizing classes in cooperation with the most prestigious institutions of higher learning in Poland: the Warsaw University and the Gdańsk University.

Our new educational project. Over 40 avant-garde and documentary films arranged into a course addressed mostly to students of the Warsaw University and the Department of Visual Culture Management of the Academy of Fine Arts in Warsaw. Every week, we will be watching the works of masters and listening to experts. Modern cinema, and particularly documentary films, are difficult to understand without familiarity with works that have served as foundations for the next generations of filmmakers. The program includes screenings of films by legendary auteurs: Luis Buñuel, Salvador Dali, Dziga Vertov, Maya Deren, Jonas Mekas, Franciszka and Stefan Themerson, Walerian Borowczyk and Jan Lenica, Kenneth Anger, Yoko Ono, and many others. The film portraits of Maya Deren, Joseph Beuys, and Tony Conrad are an excellent introduction to decoding contemporary documentary cinema.

The organizers of The Avant-Garde Film Academy are: the Okonakino Foundation and the Museum of Modern Art in Warsaw. The project is co-financed by the City of Warsaw and the Foundation of Polish-German Cooperation. The partners of the project are: Akademia Dokumentalna, The Millennium Docs Against Gravity Film Festival, Against Gravity, The Warsaw University, The Academy of Fine Arts in Warsaw, Arsenal – Institute for Film and Video in Berlin, The National Film Archive – Audiovisual Institute, Iluzjon cinema, Cinémathèque Française, Home Movie Day Warszawa. 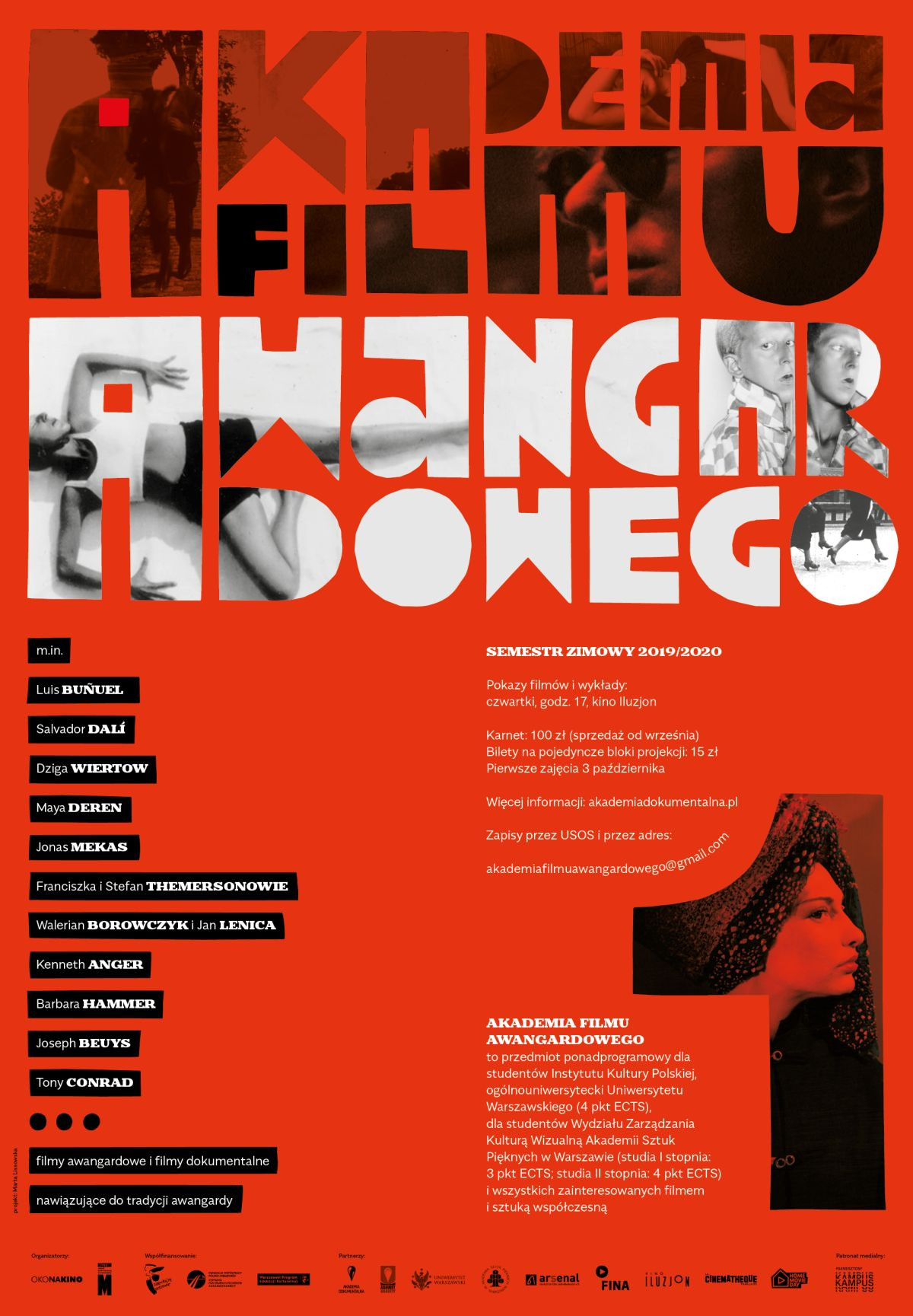