A great celebration of documentary cinema, the 19th Millennium Docs Against Gravity, is fast approaching! The cinema part of the festival will take place from 13 to 22 May in eight cities (Warsaw, Wrocław, Gdynia, Poznań, Katowice, Lublin, Bydgoszcz, Łódź). The full programme of this year's MDAG, featuring the latest developments in international documentary filmmaking screened in Poland for the first time, is now available at mdag.pl! We invite you to check out the descriptions and trailers of the films.

The motto of this year’s festival – "Rethink Everything", taken from the film Going Circular (dir. Richard Dale, Nigel Walk) – is an invitation to re-examine our view of the world in the face of the pandemic and Russian aggression against Ukraine. During the 19th Millennium Docs Against Gravity we will present five films about Ukraine and organise special screenings of the film Mariupolis. We want the festival to bring hope and inspire action!

At the 19th Millennium Docs Against Gravity, we will present several new sections focusing on topics and places that have particularly interested documentary filmmakers lately. Love Stories features films about love: for people and volcanoes, in extreme conditions and at the world’s end, in reality, and in the virtual world. The documentaries included in the Science Will Save Us section offer vital information on the circular economy, lab-grown meat, vaccines and melting glaciers. Before You Grow Up presents films that follow young protagonists as they search for their path, often defying the harsh reality. Meanwhile, The Different Faces of the Far East shows a region constantly undergoing dynamic social, cultural and political changes. This year for the first time we present the Short Film Competition – a selection of documentaries that, thanks to their diverse subject matter, constitute an ideal starting point from which to explore the issues addressed in the feature-length films shown at the festival. We have also prepared the very first Susan Sontag retrospective in Poland! Apart from that, our audience will be able to get acquainted with the films of the avant-garde master Bill Morrison, known for his remarkable work with found footage.

The 19th Millennium Docs Against Gravity features over 170 films from all around the world! Recommendations from the festival's artistic director, Karol Piekarczyk, can help you navigate the programme. Which films deserve special attention? 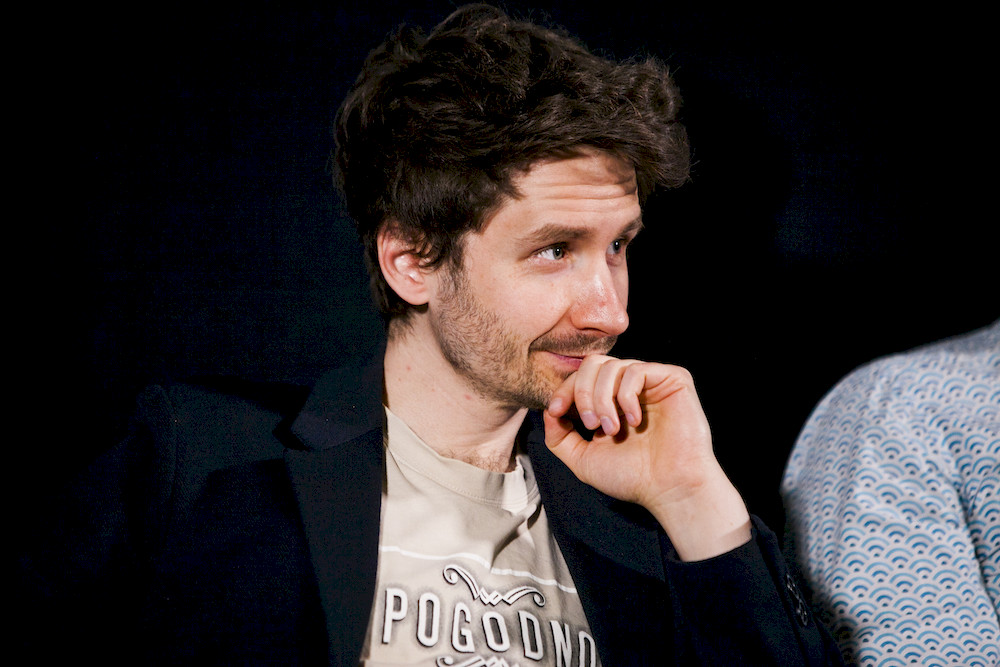 As usual, my TOP10 is made up of the films from the festival's Main Competition, which means that this year it is actually a TOP12. The extraordinary diversity of the Competition films once again proves that documentaries can be comedies, romantic movies, dramas or thrillers at the same time. It is a pleasure to present these remarkable twelve titles, which represent what is best in cinema:

It doesn’t often happen that something has been done for the first time, and that is the case with this film, shot entirely in virtual reality, on the VRChat platform. Although we won't see the real faces of the protagonists, just their avatars, it's a very tender story about love, friendship and human relationships.

A Night of Knowing Nothing, dir. Payal Kapadia

The film does not create a new documentary genre, nevertheless it defies definition, mixing and matching different genres. This mesmerising and dreamy tale is both a tragic love story and a chronicle of protests and oppression at the hands of the Indian regime, something we rarely talk about.

After observing Luma in the film, one might say, "what a human cow she is"! But that would be a mistake. Andrea Arnold's film shows that we need to stop being homocentric since that is exactly what could lead us to extinction. The film emphatically shows that we are all animals and that many positive values that we tend to ascribe to ourselves as “human” are in fact “animal”. 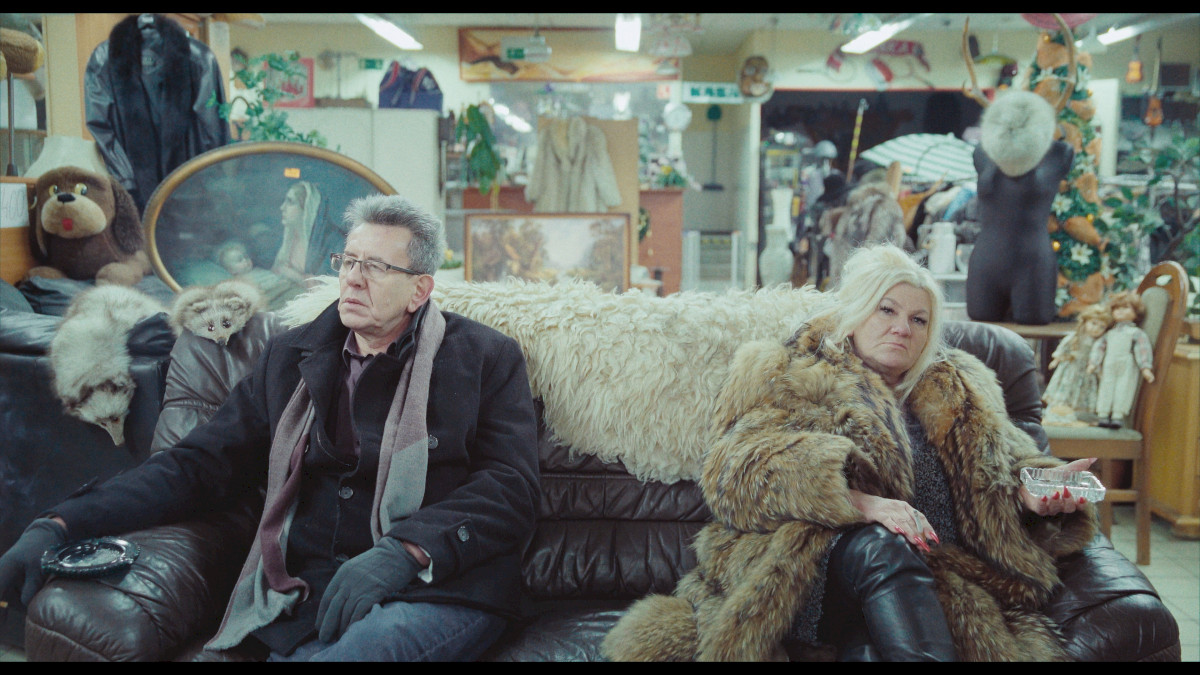 The protagonists of this film are not only Jola, Wiesiek and their employees, or even the customers of the eponymous pawnshop. It is also the pawnshop itself, serving as a meeting place full of friendliness and empathy but also as a witness to a failed economic transformation. Where the state seems to have forgotten its citizens, there is a well of the kindness and affection we all badly need. The Pawnshop is a rollercoaster ride of emotions – in the audience laughter will intertwine with tears.

Hanna Polak's film is timeless, yet completely up-to-date. It is a story about a forgotten genocide, one that didn’t happen in the dim and distant past but is still going on today. The director's commitment and the strong bond she has with the protagonists turn the tragedy into an intimate experience that should move and inspire us all.

This is where Ken Loach's more lighthearted films meet Derry Girls. In Belfast, a city divided by a historical conflict, an inspiring teacher tries to break the spiral of violence. His answer to the decades-old violence is the philosophy and critical thinking. It turns out that this kind of education can indeed save us. 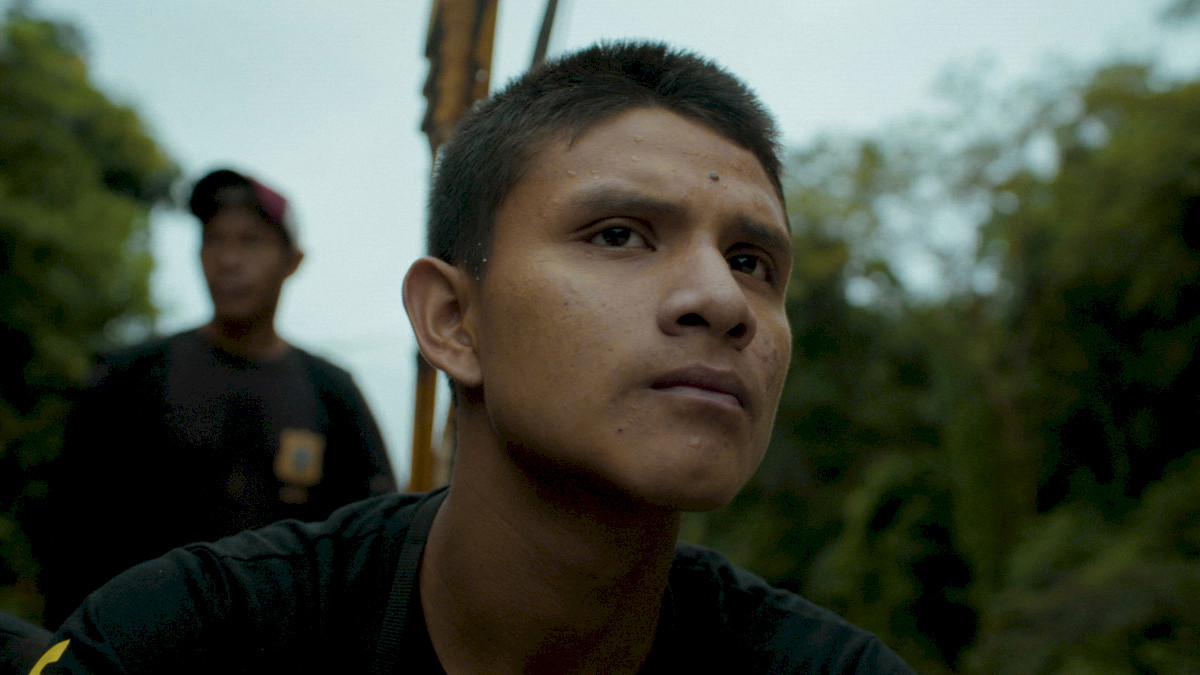 The fact that the fight for human rights is synonymous with the fight for our planet has never been so well illustrated as in this magical film set in the Amazon rainforest. The Uru-eu-wau-wau tribe fights for their land and survival, but they wage this war for all of us. If this was a feature film, we would probably praise the filmmakers for making the narrative an apt metaphor for the modern world. Unfortunately, that metaphor is our reality.

It has been a long time since I last saw such an extraordinary love story. The feeling between Katia and Maurice pours out of the screen like lava from the volcanoes they loved and explored for most of their lives. You will fall in love with this film, masterfully narrated with the use of extraordinary archival footage, I promise!

Zosia, Kinga and Oskar live at a boarding school for visually impaired and blind children. The camera follows them through the halls of the school, accompanying them affectionately as they have to cope with such challenges as studying or feeling homesick. Step by step, Lidia Duda's film becomes a lesson on most basic human relationships, which we often forget about. Meanwhile, the kids transform from pupils into teachers. 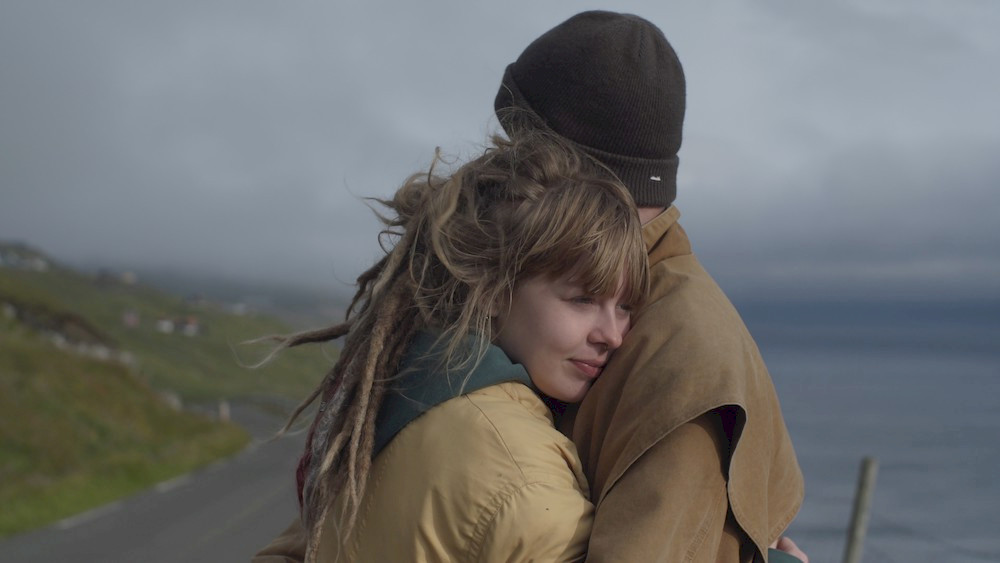 The film is set on the beautiful Faroe Islands where Dania, the young protagonist from a small Christian community, slowly stops accepting the two-faced nature of the world around her. She plans to publish a volume of poetry and the film itself becomes a kind of poem. It is a story about falling in love, growing up and finding the truth, both the inner and the outer one.

A House Made of Splinters, dir. Simon Lereng Wilmont

A temporary orphanage in eastern Ukraine, not far from the front line of the 2014 Russian aggression. A place where a state of limbo prevails. The war is not shown even in the background, although we intuit that what is happening on screen is largely a result of it. Affection and care become the answer to violence, alcoholism and rejection. This gentle story sweeps away the sadness, bringing some much-needed hope.

A masterfully composed compilation of archival footage is a funeral march, an army march and a march to oblivion. The massacre at Babi Yar, a place that has taken on a new meaning these days, is presented through the prism of the Nazi and the Bolshevik archives. They reveal the role that propaganda plays in society. It is an extremely up-to-date look at pain and genocide which, in the context of the last decades and the current situation, does not inspire optimism about human nature.

Last chance to purchase festival passes
The last passes for the Warsaw edition of the festival are on sale until 25 April online at mdag.pl, goingapp.pl, empikbilety.pl and in Empik stores.

The screening schedule will be published at mdag.pl on April 28. Tickets for the festival screenings will also go on sale on the same day.